Children of the Gods Cover Reveal!

The third book in the Children of the Gods series  by Jessica Therrien is coming! It’s actually ready and waiting behind the curtain for it’s premier moment. Yay! Books one and two, Oppression and Uprising, are being re-released prior to Redemption‘s big release date. I’m so excited about this. We’re talking Greek gods and their offspring with all their varied abilities. So much fun!

But there’s more…all the books have received beautiful new covers by the very talented Carrie Butler. AND…Oppression will include a new bonus scene!  WHAT?!?!

The story is set in present day and is rich with mythology and teen tension.  Yes, this is YA series, but is written in such a way that both the young and young-at-heart will enjoy this fun and intense read.

You can check out what I previously had to say about Oppression and read the original release of Uprising here.

Bring on the AWESOME!

OPPRESSION
(Children of the Gods #1)
September 2, 2015
There are others like her. Many of them. And they have been waiting for her for a long time. 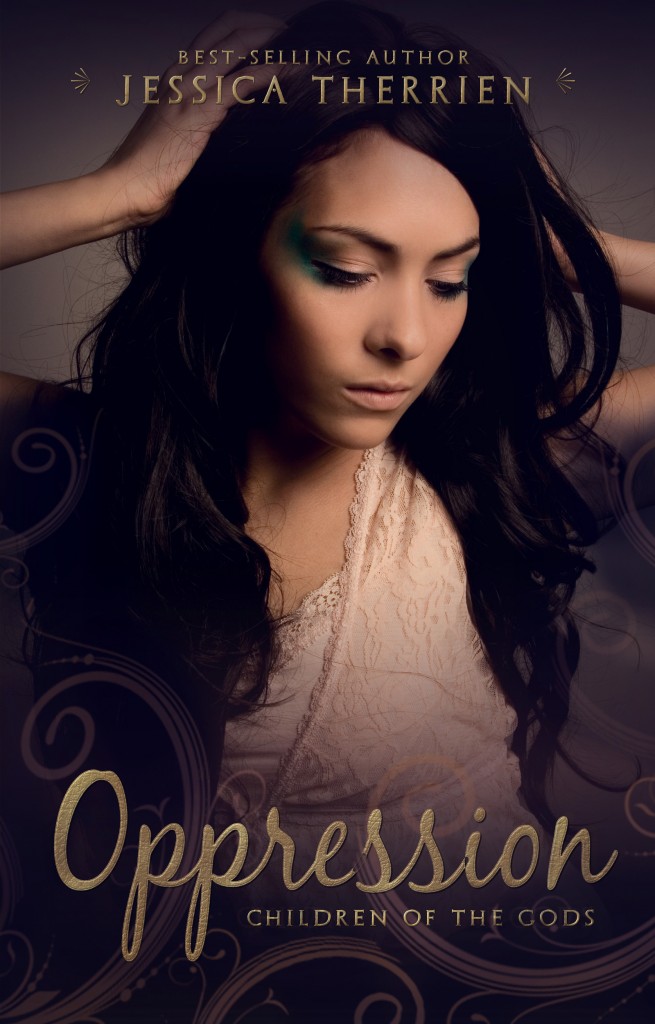 Elyse knows what it means to keep a secret. She’s been keeping secrets her whole life. Two, actually. First, that she ages five times slower than average people, so that while she looks eighteen years old, she’s well over eighty. Second, that her blood has a mysterious power to heal.

For Elyse, these things don’t make her special. They make life dangerous. After the death of her parents, she’s been careful to keep her secret as closely guarded as possible. Now, only one other person in the world knows about her age and ability.

Or so she thinks.

Elyse is not the only one keeping secrets. There are others like her all over the world, descendants of the very people the Greeks considered gods. She is one of them, and they have been waiting for her for a long time.

Among so many of her kind, she should not be very remarkable—except for the prophecy. Some believe she will put an end to traditions, safeguarded by violence, which have oppressed her people for centuries. Others are determined to keep her from doing just that. But for Elyse, the game is just beginning—and she’s not entirely willing to play by their rules.

UPRISING
(Children of the Gods #2)
October 2, 2015
The Descendants have waited long enough for freedom. 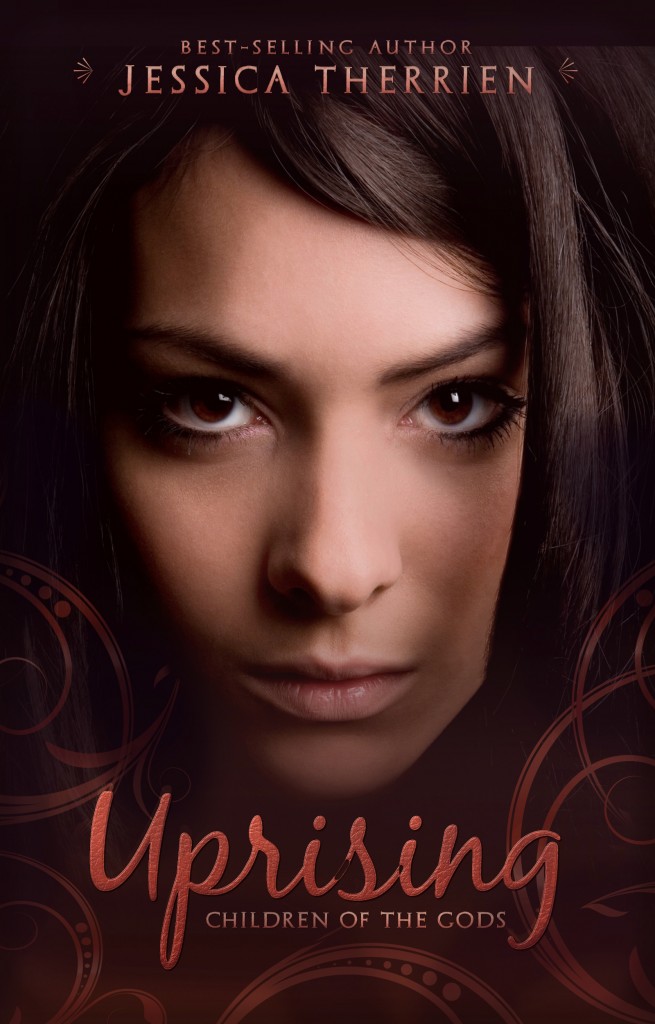 Elyse has done everything she can to protect her friends from The Council’s reach. As long as they believe she’s dead, she has time to rest and train for war. And war is inevitable.

When Kara arrives with the news that Anna and Chloe have been captured, Elyse is faced with the realization that no one is safe until The Council is stopped and Christoph is destroyed. She doesn’t need a prophecy to tell her to lead an army. Christoph has done the one thing that ensures she’ll fight to the death. He’s threatened the people she loves.

It will take more than the words of an oracle to help them fight against the most powerful Descendant alive. To break The Council’s oppression and rise up against a plot so many years in the making, Elyse will need to get dangerously close to her enemy. So close, in fact, she may not survive.

REDEMPTION
(Children of the Gods #3)
November 2, 2015
Nobody promised freedom would be peaceful. 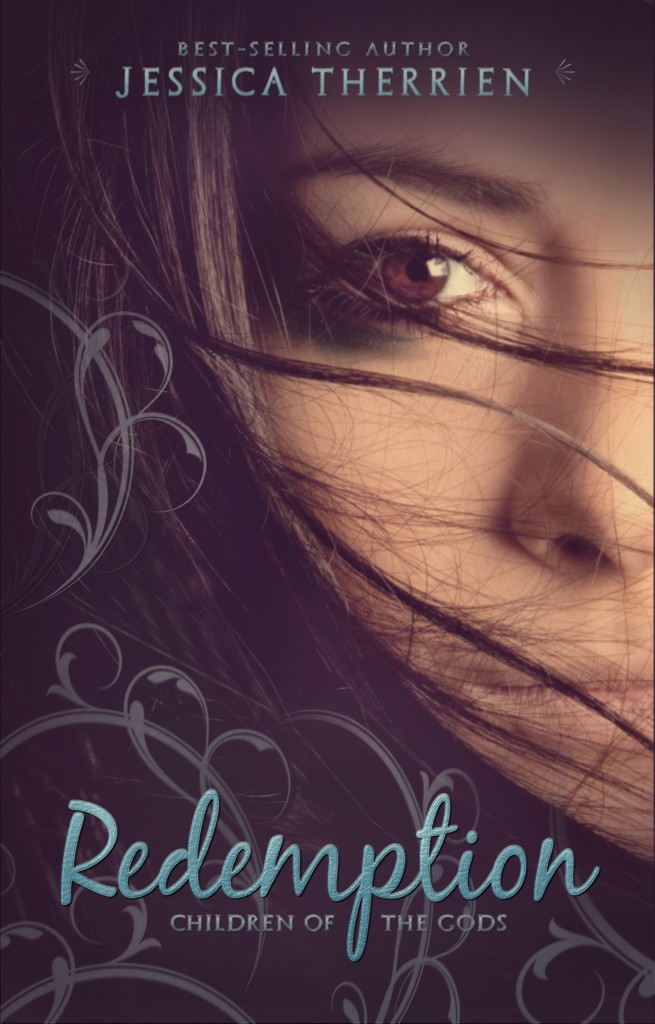 Lead Council member, Christoph, is dead by Elyse’s hand, and Descendants have begun to emerge, exposing their secret to the world. Some see this as the prophecy come to fruition, but the prophecy caries a heavy consequence. It was never meant to be as peaceful as most had hoped.

Humans and Descendants struggle to live together in a world that isn’t ready for such a change. America is divided. Those who glorify the supernatural race believe Descendants truly are the gods they claim relation to.

Others see them as a threat.

When Elyse gives birth to the next generation oracle, she sees one final vision—war. The destruction of the country’s major cities, and the end of America as we know it.

After her daughter is born, Elyse finds herself without the ability she needs to predict the future. Desperate to save the world from such conflict, she puts her faith in the hope that Descendants are the key to survival. After all, they have the power to supply a broken society with the means to survive.

Only from of the ashes can a new world be born.

Aren’t the covers breathtaking? Do the blurbs create the desire in you to add more books to your TBR list? Start the countdown with me!

Don’t forget to steal one or all of the countdown widgets below! Just click “embed” and copy the code for your own website or blog. 🙂

Add Children of the Gods on Goodreads:
OPPRESSION | UPRISING | REDEMPTION

Jessica is a graduate of San Diego State University. She lived in Taiwan for a year where she learned Chinese, but she lives in Chula Vista now, where everyone speaks Spanish instead.

Have you liked us? Subscribe to our monthly letter or follow this blog? Members of the Insiders’ Club were privy to some pretty cool stuff!

1 thought on “Children of the Gods Cover Reveal!”