The myths and legends of gods are seductive and alluring. Maybe that’s why we’re often drawn to the topic here on #ImmortalMonday. Yes, it’s here on Tuesday as promised, and I have exciting news. My friend and fellow writer, Jessica Therrien, is releasing the much-anticipated second book in her highly successful Children of the Gods series TODAY! Did I say gods? I did! A fabulous topic for Immortal Monday. Jessica and I met with some friends over the weekend and I got a sneak peek at the book. Let me just say—EXCITING!

Before I hit you with today’s AWESOME release, let me get you grounded in the story first. Suppose for a moment that none of the legends were really Myth at all. Not make-believe, but history. And the gods (as we knew-of–them) where really just another species, co-existing. A species with WAY cooler abilities than we mere humans. They lived longer and harbored special individual distinct talents. Would you still think of them as gods? Or is that something reserved for an ancient way of thinking? 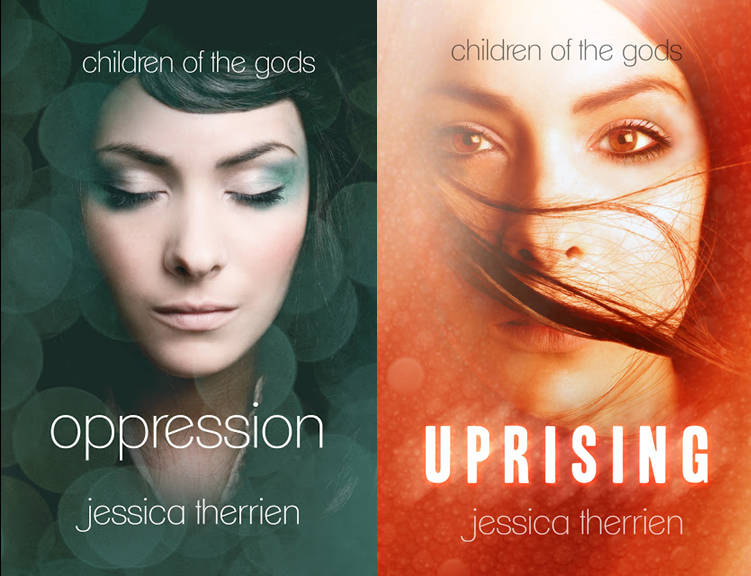 This is the concept that Jessica Therrien followed when she scripted her series: Children of the Gods. You know you’re in for something good when you start reading…

It was the Christmas of 1939. I looked three years old, but in truth, I was much older.

I was born in 1923 with a rare genetic abnormality. Like my mother and father, I aged five times slower than the average person.

In the first book of the series, Oppression, we’re introduced to Elyse. She lost her parents many years ago and was raised by another family she has come to love but can’t connect with completely because of the difference in her aging. It has always set her apart and on some level, hardened her as she prepared for the inevitable—their death. She hasn’t a clue what she is or why she ages the way she does.

Has she been kept in the dark for a reason? You betcha!

Did I have trouble putting this down once I started reading? Definitely! After all, we’re talking love interest (who doesn’t like a hot guy?), intrigue, tension. Must I go on? Oh, and let’s not forget about the gods! Check out the god talk‒

William threw her an ice cold look that said more than I understood. I took it as an overreaction, a symptom of his worry.

“Exactly. There are six of them.” She paused, reassessing a bit. There was a brief moment as she flickered her eyes toward William, finding the same cold look as before, only this time I picked up on the hesitant tension between them before she continued. “Five, actually. They are descendants of Zeus, Hera, Hades, Demeter, and Hestia, and their abilities are nothing to sneeze at if you know what I mean.”

Now that’s a whole lot of Greek god promise. I think we’ll be seeing some very exciting things as the story continues to unfold. And today is the day when that happens. May 28th UPRISING, book two in the series officially debuts. That means you can pop over to Amazon right now and grab your copy. Whip out the party favors!

I breezed my way through this book and look forward to starting in on the second installment in this enticing story.  After all, doesn’t every myth or legend begin with some piece of truth? It makes stories like this that much more intriguing. 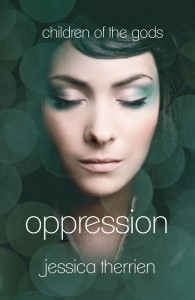 Elyse knows what it means to keep a secret. She’s been keeping secrets her whole life. Two, actually. First, that she ages five times slower than average people, so that while she looks eighteen years old, she’s closer to eighty. Second, that her blood has a mysterious power to heal.

For Elyse, these things don’t make her special. They make life dangerous. After the death of her parents, she’s been careful to keep her secret as closely guarded as possible. Now, only one other person in the world knows about her age and ability.

Or so she thinks.

Elyse is not the only one keeping secrets. There are others like her all over the world, descendants of the very people the Greeks considered gods. She is one of them, and they have been waiting for her for a long time. Some are waiting for her to put an end to centuries of traditions that have oppressed their people under the guise of safeguarding them. Others are determined to keep her from doing just that. But for Elyse, the game is just beginning – and she’s not entirely willing to play by their rules. 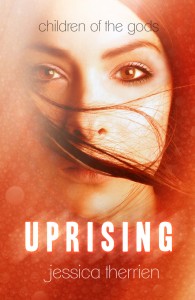 Jessica Therrien follows up her bestselling novel OPPRESSION with UPRISING, the second book in the Children of the Gods series.

OPPRESSION, translated and sold around the world, was one of the best selling YA novels of 2012. UPRISING continues the story of Elyse, William and the Descendants.

Elyse has been in hiding for most of her life. Only now she’s hiding with William, and she knows who she’s hiding from. The Council wants a child Elyse and William have yet to conceive, a child who will be the next oracle, and who will provide the final piece to a plan Christoph has been organizing for years. Charged with leading the rebellion against Christoph and his Council, Elyse feels well out of her depth. But she has good friends and strong allies who are willing to fight with her to the end, regardless of how far they have to go, and how many lives will be lost in the process. They have one goal: to live freely and openly with the rest of humanity, out from under The Council’s oppressive rule. The stakes could not be higher for Elyse and the Descendants longing for freedom. They’ll have to learn to fight if they want to stand up against The Council, and to find allies in a world ruled by their enemies. The hardest part of waging a war is knowing who to trust. Elyse knows their uprising will change the world. She doesn’t realize it will change her, too.

If you could choose to have the power of one of the gods, which would you chose and why? Do you think having such powers would become a burden?

Jessica will be giving away a signed copy of Oppression and of Uprising to one lucky participate in the Virtual Launch Party. If the book lands on this blog, know that I’ll be sharing it with one lucky reader. Good Luck! 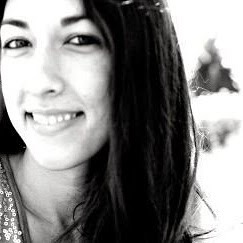 Jessica Therrien is the author of the young adult paranormal fiction series Children of the Gods. Book one in the series, Oppression, was published by ZOVA Books in February of 2012 and became a Barnes & Noble best-seller shortly after its release. The second book in the series, Uprising, will be available in May of 2013.

Aside from her Children of the Gods series, Jessica’s work can also be found in a published collection of flash fiction stories called Campaigner Challenges 2011. Out of over 350 submissions her story, The Soulless, won first place for people’s choice and fourth place in the judging round of Rachael Harrie’s Writing Campaign Challenge. Her story, Saved, is also available as part of the anthology.

Jessica currently lives in Chula Vista with her husband and is working on book three in her Children of the Gods series.

Click on the links below to visit other participating bloggers in this exciting virtual launch party and find out how they are celebrating this fine day.

The eBook version of “Open Doors: Fractured Fairy Tales” will be free from May 27th-31st on Amazon as part of Wayman’s Random Acts of Kindness Event. Read more here.

The audiobook should be available through iTunes and Amazon within the next 3 weeks! 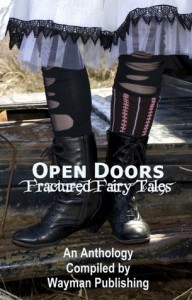 Have you subscribed to this new blog yet? If you enjoyed this post I’d love to have you sign up to receive future writings by email. All you need to do is enter your email address at the above right and hit the “Subscribe” button.

A Random Act of Kindness Can Change a Life
The Goddess of Night: Nyx on Immortal Monday