The God of Thunder is Touring the World

No. Not the REAL Norse god. A really cool plastic action figure. It’s a close look-alike 😀

Wouldn’t it be something if Chris Hemsworth was coming door to door to visit us all. But alas, it is a little plastic toy making the rounds. That’s all right. We’re still having fun! This is your page to keep up with where Thor is and what he’s up to. Check the links to find posts at his various stops and peruse the list of where he plans to be. Beyond that you will find links to the posts that started it all – “Where’s Thor and What’s He Doing?” And because the Norse god is just so much fun, this page will be updated on a regular basis with fun videos, GIFs, tidbits and so forth. Be sure to check in often just for fun. 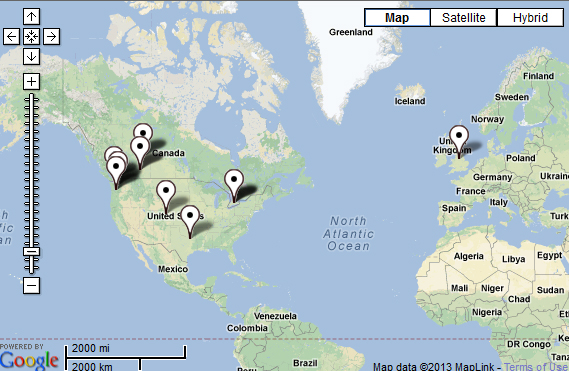 Want to learn more about the Norse god, himself? Right here!

More will be added as he makes his way across the world!

What started it all: Where is Thor and What is He Doing?

Thor Trivia: Did you know that Thursday was named after our hunky Norse god? That’s right folks! When it came down to naming the days of the weeks the gods thought it was fitting to honor themselves. Some of them have stood the test of time and our days of the week are now comprised of various cultural deities, ThorsDay among them.

Stop by regularly to keep up with the fun updates. 🙂

It is said that  Mjölnir (the hammer) will never fail against that which it strikes.  If thrown, it will never miss the intended target.  Once thrown it will always return to the hand that threw it.  It also had the ability to become so small that Thor could slip it in his shirt.

Added 10/26/2012Loki’s relations with the gods varies depending on the source. He is the son of Fárbauti and Laufey, and the brother of Helblindi and Býleistr.

Thor’s hall is called Bilskirnir.  It’s said there are 540 rooms.  It is supposed to be the biggest building ever built.

In the blockbuster hit, named for the Norse god himself, Thor found a soft spot for one very attractive scientist, a.k.a. Jane. In the stories of legend, Thor married the beautiful warrior we saw fighting at his side, Sif. It is said that the great trickster, Loki, cut Sif’s hair one night to play a prank on Thor. This greatly angered Thor and he forced Loki to undo what he had done.The actress who plays lady Sif sustained a serious injury on the set in late September. It would appear she slipped while walking in the rain. The crew was forced to rearrange the schedule to accommodate her recovery. But they had to work around the rain as it was, so things worked out. Ms. Alexander is recovering nicely. She tweeted about the incident immediately in an attempt to preempt any misrepresentation by the press. Warrior chicks are tough. 😉