The Shining and The Myrtles – Immortal Monday

Today we’re looking at a place rather than a person or a demon or a god. We’re asking what makes a place ideal for the ill set stage of a ghost story. What makes a location immortal? Is it the events that took place there, the people, or a combination of the two?

The words of Dick Hallorann, the character Scatman Crothers played in The Shining, is whispering in my ear…

“It’s just that, you know, some places are like people. Some “shine” and some don’t…[ ]…you know…when something happens, it can leave a trace of itself behind. Say like, if someone burns toast. Well, maybe things that happen leave other kinds of traces behind. Not things that anyone can notice, but things that people who “shine” can see.”

Fast forward to 2:52 for the shinning

Set within the heart of Louisiana is a perfectly historical plantation, turned Bed and Breakfast, overflowing with embellished stories, and, if you believe the staff and guests, the shining―ghosts, if you prefer. 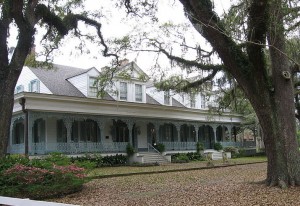 The Myrtles Plantation is one of America’s top ten most haunted bed and breakfast destinations. Established in 1794 by David Bradford, the house has had more than its fair share of accumulated legends and tangled gossip, making it difficult to distinguish truth from fiction.

Most popular among the Myrtle plantation legends is the story of Chloe, a young slave girl thought to haunt the home. As the story goes, when Clark Woodruff owned the home with his wife, Sara Mathilda, they owed a house slave named Chloe. A promiscuous man by nature, Mr. Woodruff took up with the young girl when his wife was pregnant with their third child. Chloe was said to allow his behavior fearing she’d be sent to the fields otherwise.

Eventually tiring of Chloe Mr. Woodruff turned his affections to another. Given her position, Chloe took to listening in on the family’s conversations. Listening for whispers of her name, whispers of what she’d done, whispers of her fate. Caught in the act, Mr. Woodruff had her ear cut off as a constant reminder of her indiscretion. Scared, both externally and internally, Chloe took to wearing a green turban to hide the ugliness.

It’s uncertain what dictated her actions next, but it is said Chloe added a small amount of poison to the Woodruff’s oldest daughter’s birthday cake, intending to make the family sick. Everyone partook of the cake but Mr. Woodruff. Unfortunately Chloe miscalculated how much poison to use and ended up killing Sara Mathilda and the children. For her transgressions, the other slaves dragged Chloe out to one of the front trees and hung her.

There’s a small problem with this creepy little tale, though, and I’m going to punch major holes in it with my cool monster facts.

Clearly, the legend of Chloe is too vapor thin against the facts, but that doesn’t mean the house isn’t catering to a substantial cast of paranormal activity . 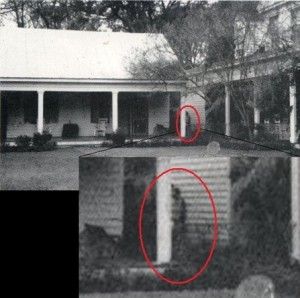 Since then there have been many to pass away in the home. Lives taken by old age, yellow fever, and consumption. All natural causes or by illness, of course that doesn’t mean there isn’t something to keep the energy lingering, the unfinished business, if you will.

Three unexpected deaths are recorded in association with the plantation:

Over two-hundred years and a heap of grief and sorrow all packed into one small plantation. Emotion is powerful. Emotion builds energy. Emotion creates a shining. And there’s no doubt in my mind the Myrtles Plantation shines.

It has a history of unexplained phenomenon. Shadow people walking the gardens, spectral children peering in through windows, EVPs, orbs, self-playing pianos, the list goes on.

The Myrtles Plantation appears to be a destination energy prefers not to depart. Does that make it somewhat immortal? What say you? Definitely, a great setting for a ghost story.

In eight days I’ll be checking in to the Myrtles Plantation B&B with author Tameri Etherton at my side. I’ll let you know how immortal it feels. 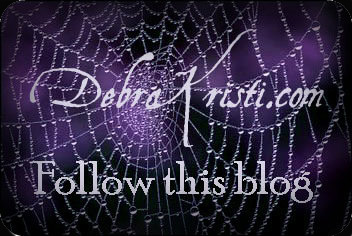 Never miss an update! Follow this blog and subscribe to our newsletter to receive special information and advance peeks at material on upcoming projects. The newsletter is scheduled to go out soon. Subscribers have a “for-the-newsletter” only Immortal Monday edition and a unique look at my upcoming novella The Moorigad Dragon to look forward too!

* Images curtsy of Wikipedia and Wikipicks. Click on pictures for the source.

21 thoughts on “The Shining and The Myrtles – Immortal Monday”

Do You Suffer from Social Handicap Disorder (SHD)?
A YA Novel and a Research Trip