Making Halloween Costumes Work for You

A decade ago, at this time of year, you would have found me putting the final touches on our haunted house. It was a serious production. We had room after room of scares. People were led through the house, into the backyard, and finally through a dark tunnel running down the side that brought them back to the front.

Costuming for such an event was easy. You could mix and match your darkest apparel or go with the grungiest of the lot, then add a mask or prosthetic scars, horns, etc. By the time you were done you would be a one-of-a-kind creation. Everyone likes being unique on Halloween, don’t they?

This year I currently have a twelve-year-old looking over my shoulder every time I turn around, checking on his costume order. I remember when costumes were simple. I was either a pirate, a gypsy, or a witch. Relatively simple requests to ask your mom to help with.

Halloween has always been a time when people felt free to explore an unrealized fantasy or live out a bit of whimsy.

When I was younger it seemed there was more emphasis on what you wanted to be, rather than the who when dressing up  in costume. The streets were filled with pirates, goblins, princesses, and so much more. In more recent decades the best sellers have shifted toward the who. Maybe this is due to the rise in popularity of movies and television, but it could be the result of a number of things.

Whether the changes can be attributed to the focus Hollywood has taken in our daily lives, or a shift in American pastimes and values, Halloween has evolved. And so our costuming challenge has become…well…more of a challenge. 😉 When purchasing your design from the stock of a themed store, all the costumes look the same. You risk running into another “you” at a party or on the street trick-or-treating. It’s as humiliating as showing up at the prom in the same dress as four other girls. Heavens, no! The horror!

How do you avoid such a disaster? I say, “Mix it up and blend bits and pieces.”

Take my Mad Hatter costume, for instance. I could have gone with the outfit sold in the store, but where’s the fun in that? Instead, I took an outfit that was much more alive with color than the one the store was selling and incorporated a lot of finishing touches.

The end result = a Mad Hatter like none other. 🙂

My kids have decided to play a mixture of hard and not so hard on me this year. I have a mini “Doctor.” As in Doctor Who. It has to be the eleventh Doctor. It turned out being easier than I thought it would be. Thanks the heavens for small miracles. I found my girl a small tweed jacket, shirt, and bow tie. We paired them with dark pants and shoes and all I have to do is add a pocket inside the coat for her sonic screw driver. If I feel like it when I’m done, I’ll hunt down or make suspenders. We’ll have a mini Matt Smith!

How many little Doctors do you think we’ll see this side of the pond? I’m guess she’ll be rather unique in our neighborhood. 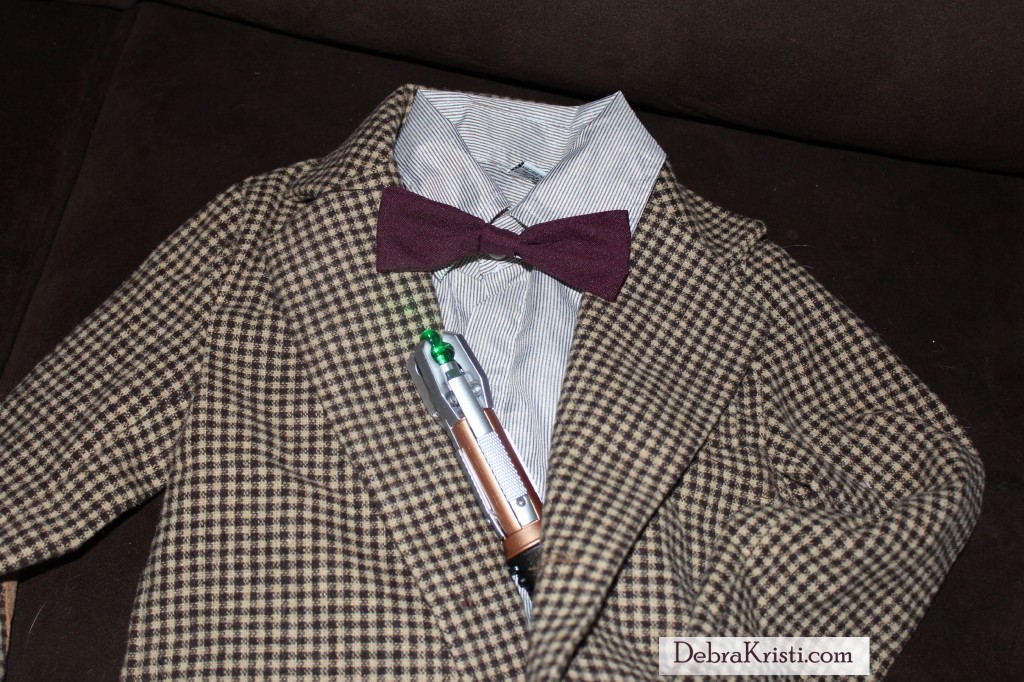 The other one—my son! Oh lordy. He wants to be a cyberman. I should have started this insane costume weeks ago. Keep your fingers crossed I get the thing completed in time. There is very little available on-line as far as tutorials go, so we are sailing in uncharted territory. It’s pretty exciting. Wish us luck. 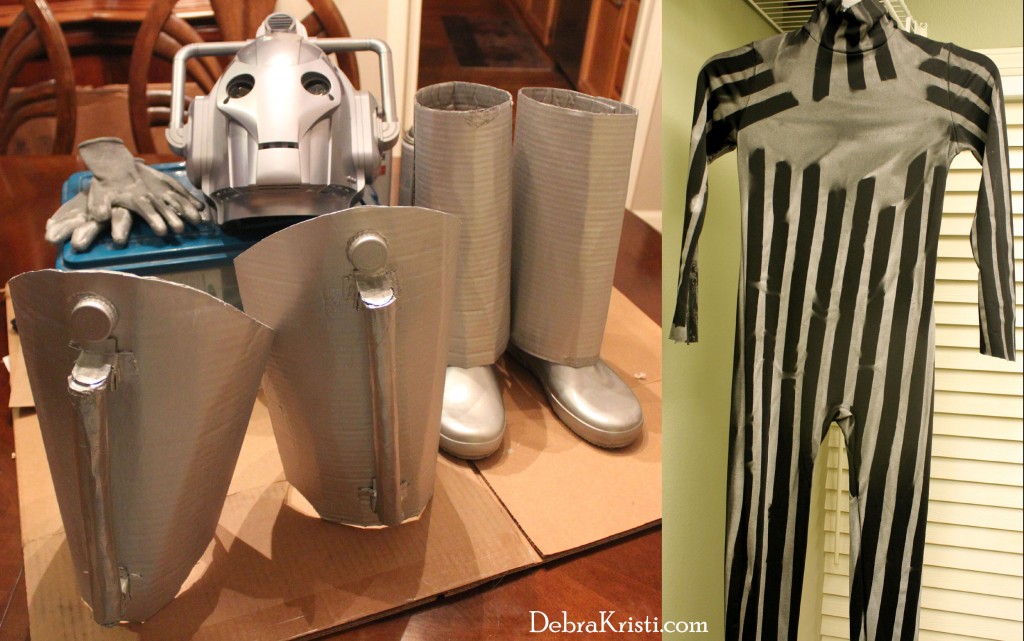 Make it from scratch. That’s one way to get the odds in your favor few to none will have a costume like yours.

Is it worth it? The jury’s still out on that one, folks. 😉

Do you dress up for Halloween? If so, do you buy your costume or make it? Do you get into the make-believe of it all?

THOR: Thor is over at Jansen Schmidt’s blog. Pop over and pay them a visit.

A Visit From Thor – Let’s Cowboy Up! 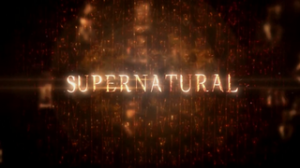 I still have a Burbank Preferred Convention ticket I can’t use. Doesn’t that just make your heart sink?

Want a chance to win it?

Start compiling your Supernatural picture board. It can be of Sam, Dean, Castiel, any and all—it’s up to you. Compose a letter explaining in 350 words or less why you are the fan most worthy of this ticket.

Send them to: Debra Kristi (at) gmail (dot) com without the spaces.

You have until midnight on the 30th of this month to get them to me. Put “Supernatural Giveaway” in the email title. Let’s make sure we have time to get through the process so that I have time to mail them out. You need to act fast! 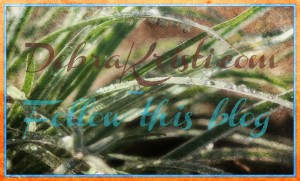 14 thoughts on “Making Halloween Costumes Work for You”