Almost since the inception of Immortal Monday, my son’s been making requests. A few weeks ago I passed one of these requests by you, and many of you said “why the heck not.” As a result, we are here to talk about one hot customer today. And when I say hot, I mean he will burn you if you’re not careful! I’m pretty sure that when my son asked that we talk about Ghost Rider, he was thinking the focus would be on John Blaze – the character Nicolas Cage made so famous in the movies.

But the story of Ghost Rider goes much deeper than a simple movie, or movies as it now stands. If your knowledge of Ghost Rider goes as deep as the films have been good enough to educate you, then you believe Ghost Rider to be the Devil’s bounty hunter. Yes, films can sometimes be rather misleading.  And like I said, the story goes much deeper. Read on and I’ll explain. As you can see, today’s piece is one about demons and the dark side of immortal creatures. No, it’s not pretty, but there are some interesting aspects that might spark a story in you. 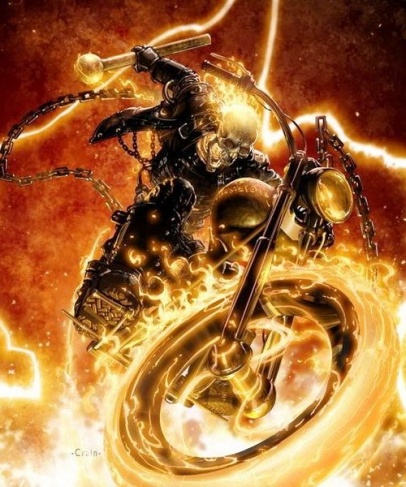 Johnny Blaze is the son of Naomi Kale. The Kale family has been bound to the demon, Mephisto, for a VERY LONG TIME. We won’t get heavy into Mephisto as I find him fascinating and worthy of his own post. But let’s just say he is a powerful demon. Johnny Blaze’s and Mephisto’s paths were destined to cross. And when Johnny’s adoptive father was dying of cancer Mephisto saw his opportunity. Disguising himself as Satan, he went to Johnny and offered him the chance to save the man’s life. I probably don’t need to tell you what happened next. After all, we have the Ghost Rider. But, is that really how it happened?

Johnny Blaze believes he’s the only Ghost Rider. Is he? When Johnny signed the contract with Mephisto he managed to save his father’s life – for a day. He’s angry, bitter and unwilling to fulfill his end of the deal. He feels tricked. He probably was. I think most anyone in his position would feel the same. When called to serve years later he’s unwilling and fights it. He finds himself in Cypress Hills Cemetery where he meets Sam Elliott’s character. But what is he? The Caretaker or Carter Slade, Texas Ranger. Another soul who made a deal with the devil. Just not The Devil – a devil. The first Ghost Rider. The movie doesn’t explain this very well, or at all.

In Ghost Rider’s world these are actually two different characters. It looks to me like the script writers on this one played with Carter Slade’s character and layered him with aspects of the Caretaker, putting him in the place and position. The real Caretaker is a member of a supernatural race that’s existed since a time before Atlantis. It’s his place to watch over and protect the families affected within the spiritual bloodline. Sam Elliott’s role may have been looking out for the rider, but I don’t think it went to that much of an extreme.

What does it mean to be the Ghost Rider? The Ghost Rider is the Spirit of Vengeance. The original Ghost Rider was Noble Kale and, per the true Ghost Rider legend (not the one created to fit the movie), each first-born child would carry the burden, or curse. That meant Johnny was probably going to get slammed with the Ghost Rider one way or the other. Only, signing the contract bound him to Mephisto’s bidding. 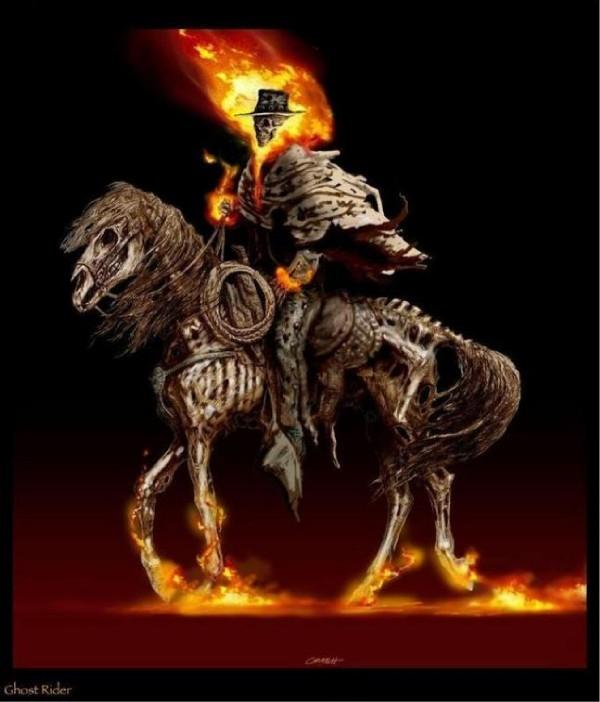 It all started with a Medallion. That’s right – some Bling. How many times have we heard a story where the characters were fighting over pretty shiny things? Well, this Bling was the Medallion of Power and it was said it could be used to rule all the Earth. Um, yeah. Slightly too powerful for anyone’s well being. In a power struggle to control the Medallion, the nasty demon looking to use it for his own selfish desires was defeated and trapped within the Medallion. But the Spirits of Vengeance, who fought against him, were trapped as well.

It was the Caretaker’s race, the Blood, that saw the Medallion was too powerful to be left intact and decided to break it into shards. They placed the shards into two separate human bloodlines – one of these being that of the Kales. Mephisto, obsessing over the Medallion continued to seek its power despite the inconvenience of the human host. This is how Noble Kale became the first Ghost Rider. Mephisto attempted to bargain with the overzealous Pastor Kale. His goal – to secure the soul of the Pastor’s son, Noble.  These attempts would lead to the creation of the Ghost Rider. He kept track of the Kale family bloodline through the years, after having failed to corrupt Noble. He would finally succeed in sinking his claws in when Johnny came along. And so the servitude began and Johnny’s ever tiring search to end his curse.

So, as you see, each generation had a touch of Ghost Rider. It was the unlucky Johnny Blaze that fell into Mephisto’s trap, putting him in a place of servitude. 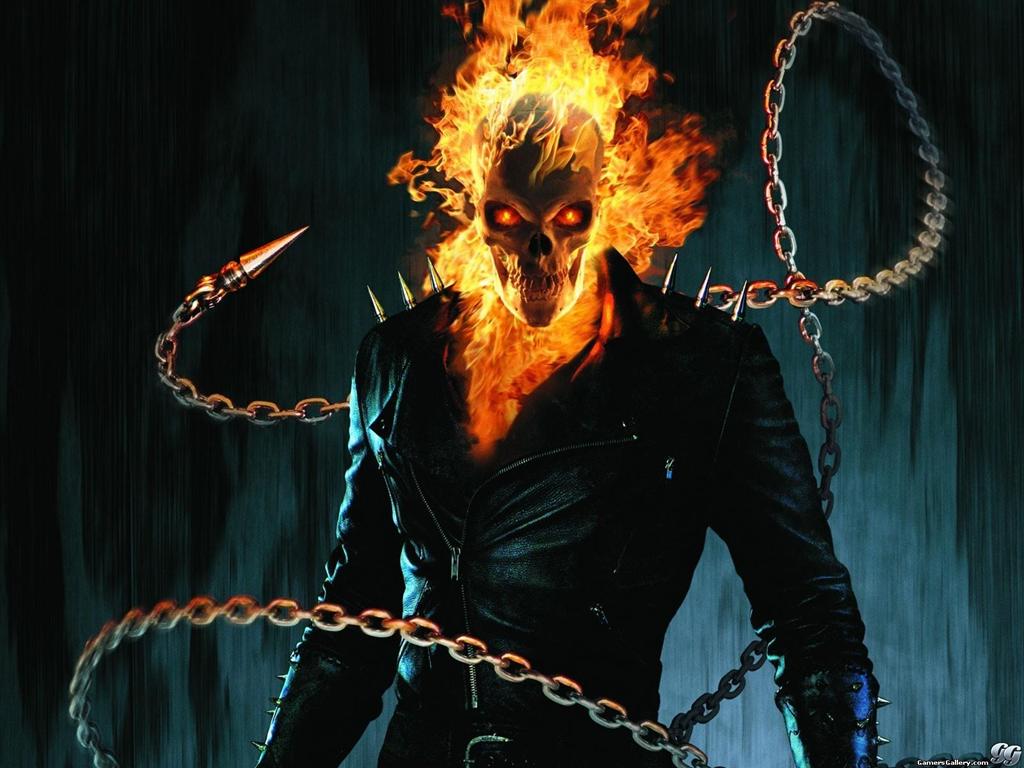 It’s unfortunate that the second movie went so far off track. My kid still loves it though. Of course, it felt like it was filmed with his generation in mind. Some of the effects were down right cartoonish. But, I still enjoy this trailer and find it rather fun. The concept of Ghost Rider is seriously badass. It’s sad that Hollywood, more times than not, takes a really cool idea and makes them too ridiculous.

In the first movie, after what happens, John Blaze turns his back on his old life. He leaves his sweetheart behind. Year’s later they’re reunited and through the course of events she gains knowledge of what he really is – of his curse.

Would you see past the Ghost Rider for someone you once loved? For Nicholas Cage? 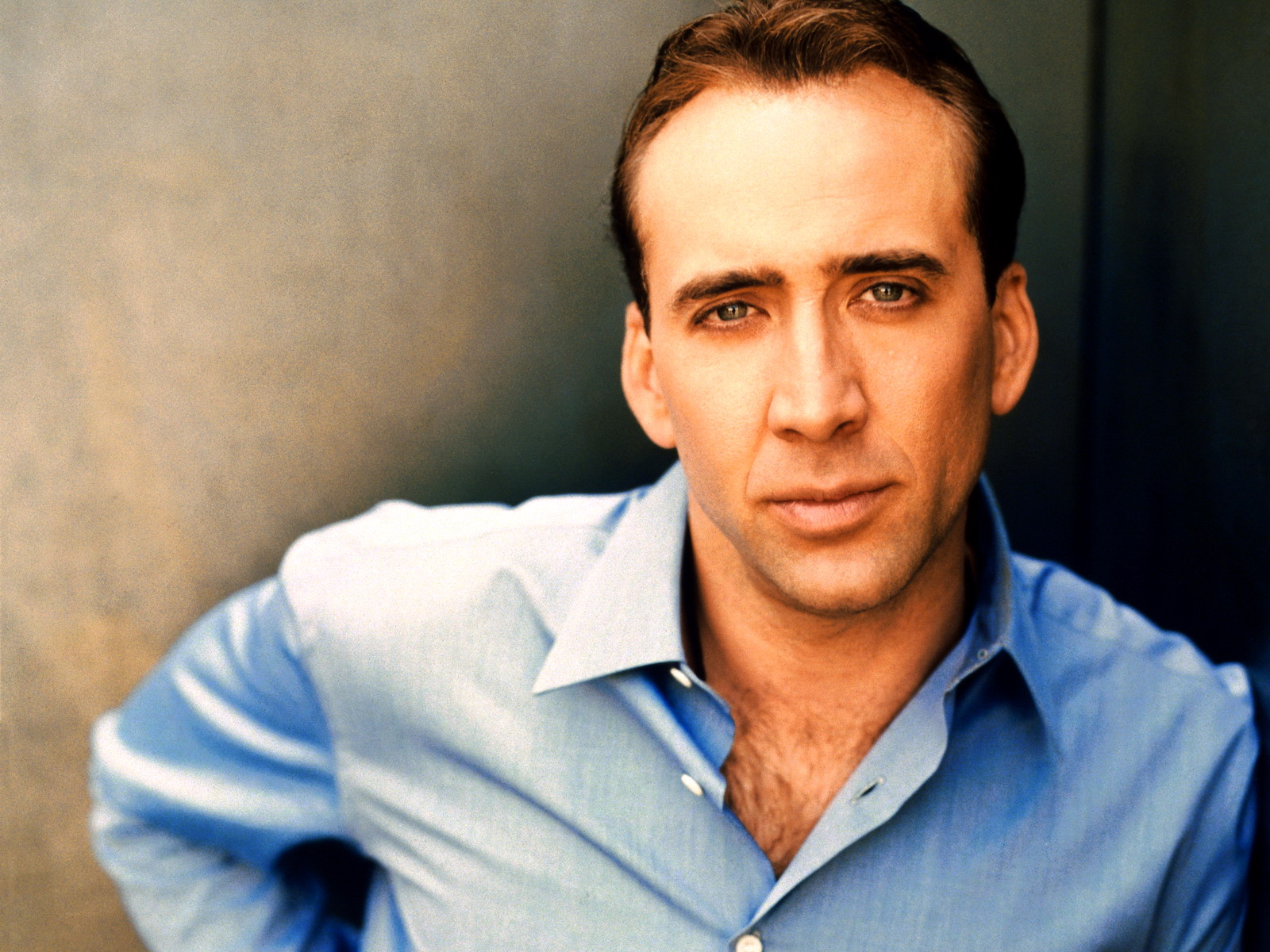 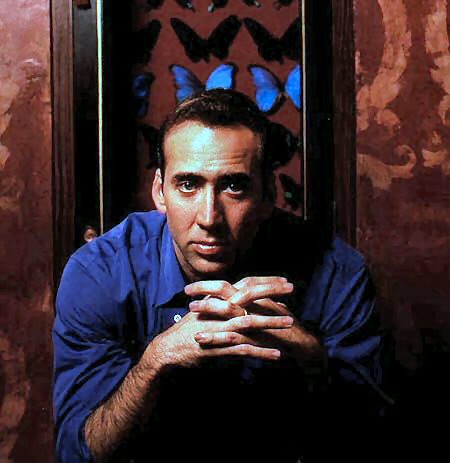 38 thoughts on “Demons for Immortal Monday – The Real Ghost Rider”